Voice Training for A Higher Purpose 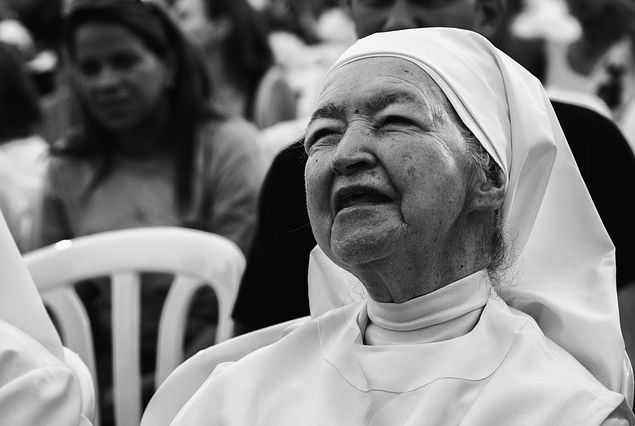 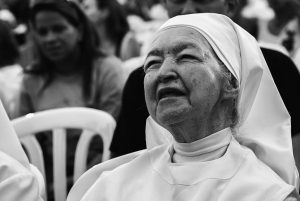 For decades Vocal Awareness has always taught the integration of mind/body/spirit. One of the early maxims of this Work is: “speaking is to singing as crawling is to running – just the beginning. It has also stated for decades that: “sound is expressed emotion. When we sustain sound as in singing, we sustain that emotional connection, and create access to our Deeper Self that cannot be achieved merely through the spoken word.”

The New York Times recently published a beautiful article about a cloister of nuns that is actually growing in popularity amid today´s digital invasion of our lives, because of their unique voice.

On a recent summer morning, the sisters stood in their chapel and sang the daytime prayer in high, clear voices. Dominican monasteries are essentially engines of prayer; singing, which the nuns do seven times a day, is a deeper, fuller way of praying, Sister Mary Catharine said, “because we are using our whole person.”

Outside the choir door, a bulletin board was layered with a collage of cards, printed emails and letters, flags of hope and despair, asking the sisters for an intercession.

“We get them from all over the world every week,” said Sister Mary Catharine. “We have regulars. If you don’t hear from someone, you notice and worry.”

A woman fighting depression phoned most mornings and evenings. “We tell her, ‘It’s O.K. We’re praying for you,’ ” Sister Mary Catharine said (now she calls less often). “Sometimes I don’t know what to say. Some sisters are better at this than others.”

On a table, a handful of LG Tracfones were charging, as backup in case a sister on an errand has a breakdown (the monastery owns two 10-year-old Subaru Foresters) or an item needs to be added to her shopping list. Of course, said Sister Mary Catharine, nuns are notorious for not turning the ringer on.

While the number of women entering religious life has been in a steep decline since the mid-1960s, it is notable and even startling that a contemplative order like the Dominican Nuns of Summit — where the sisters live in cloister and practice a life of prayer — would be able to attract young, college-educated millennials.

Read the full article:
The Religious Voice for Today´s Youth