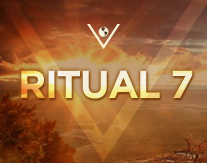 Welcome to Arthur in Action for July!

Voice: A Personal Expression – Part I

This month’s “Arthur in Action” is going to be of a bit of a departure from many of my recent articles.  In two parts, this month and continuing in August, I will be speaking about how I created Vocal Awareness—one interpretation of what Vocal Awareness is, and why it was that I was compelled to create it in the first place.  I began thinking of this subject when I recently read three articles about three profound contemporary artists:  one about the legendary Blues’ artist B.B. King; another on one of the most innovative jazz performers of all time, Coleman Hawkins; and the final one concerning the masterful choreographer Twyla Tharp.

In a recent “New York Times” article, Twyla Tharp spoke about what drove her to study with renowned 20th century dance masters such as Martha Graham, Anthony Tudor, Merce Cunningham, and Paul Taylor.  After studying with these seminal artists, she realized that she “loved all of their answers but needed my own question.”  She went on to say, “I didn’t want to synthesize them and I didn’t want to rebel against them.  I wanted to respect them and find a way where what I learned would be valuable to me.  It was never for me about breaking their conventions.  It was always about working in tandem to a new point.”

When I read this statement, it triggered powerful memories of my own early strivings to define myself and my art.  As many of you know, I began studying traditional singing at 15, which had been preceded by knowing at 4-years-of-age that music was going to be my life, and at age 12 that singing was to be its direction.  But, when I was 15, studying with my first teacher, Mrs. Julia Kinsel, then in her 70s, I vividly remember right in the middle of my lessons often manically clamping my hands to my ears and exclaiming, “Stop!  No, I don’t want to do it that way.  I hear it this way!”  She allowed this bizarre behavior, because Mrs. Kinsel knew something about me that I didn’t yet know: I heard vocal sound differently.  That undeniable fact of my very Being was the driving passion, the philosophical/psychological/spiritual need to hear, to listen differently—to hear inside the sound, to hear inside my voice.  Thus, Vocal Awareness emerged, created out of a Deeper Self which could not be denied expression.

I didn’t even think that it was (and continues to be) a new way.  It was the only way I knew.  In graduate school I was giving a German lieder recital and one section of my program was Robert Schumann’s Dichterliebe (“A Poet’s Love”).  For months I’d been listening hour-after-hour to a recording of this piece by the greatest male exponent of German lieder at that time, Dietrich Fischer-Dieskau, striving to copy him.  A few months into my preparation I was struck by (what I considered at that time) a blasphemous thought. The ‘blasphemous’ thought was that suddenly I had a need to sing the song cycle differently than the master, not knowing of course, that originality is fundamental to creativity and ultimately to artistic expression. Finding our way, our Voice, is a key building block of art.  In 1984 Coleman Hawkins said:  “I don’t think that sound has a style.  The human voice doesn’t have a style.  It has a language, and sound is the same way.  We make that style once we find the sound that takes the form of the idea.”

In my practice I work with people of all walks of life who, as we begin the Work, have not necessarily thought about “What is my sound?  What is my voice?”  What is my style.  In Vocal Awareness, we discover our Voice, our sound, our style.

Early on our life path, as part of our social conditioning, we often begin to shut down our voice even before it begins to open up—for example, when someone says to us, “Shhh!!!”, or students taunt, teachers intimidate, people judge.  We become disenfranchised from our vocal birthright, from communicating who we are as we choose.  Thus, one of the goals of Vocal Awareness is to take us back volitionally to our primal beginning where, as adults, we now can choose.  Then the next step that often emerges in the evolutionary process of this Work is that we recognize that Everything in life revolves around two things–to choose something or not to choose, and as I’m often saying, It never matters how scary, how seemingly difficult, how daunting…all that matters is how badly I want it.  Even in abdication, as I have written many times, we have made a choice by walking away.  But, Vocal Awareness stipulates that, We want our choice to empower us, not disempower us. In this Work we choose our voice.

One of Twyla Tharp’s artistic goals is that, through dance, she can explore the trajectory of movement.  As she explains it, “It has nothing to do with dance steps, but has to do with a bigger purpose for dance, which is movement in the world.”  Vocal Awareness is called to and marches to that same drummer.  It asks us to explore:  What is our purpose in the world? and How does our voice serve that purpose?  What is our purpose in our own inner world?–what I refer to as the Deeper Self–and how does our Voice serve that?

Singing, Voice, Art has been fundamental to who I am for over 60 years.  A number of years ago The Young Presidents Organization invited me to lead a program in Edinburgh, Scotland and I had a choral piece composed for that event.  As part of the program, I taught everyone to sing and then, one afternoon for our finale, over 300 YPO members performed this piece for an audience of family and friends.  It was transformational–they felt their Voice, they felt the joy of singing.  Through song they felt relationship and camaraderie develop with each other and the audience–and all of this began only a few days earlier with many of them believing they could not sing.  Synonym:  They did not know how to express themselves.  The discoveries that emerged were stunning.  The experience touched us all in a very personal way.

I have led choirs all over the world.  I love bringing people together through the joy of song. At this point in my story I want to say, We can do anything we set our minds to doing.  At 12 when I knew singing was my life, I didn’t know that my goal was going to be to Change the World through Voice.  I only knew I wanted to sing–even when my 6th grade teacher told me to “mouth the words”–I had to sing, I have to teach, we all have to speak.  I want us to do it on our terms, to the best of our abilities.

In closing, B.B. King said, “The Blues are a simple music and I am a simple man.” Then his biographer, David Ritz, went on to comment, “But the Blues aren’t a science, and the Blues can’t be broken down like mathematics.  The Blues are a mystery, and mysteries are never as simple as they look.”

That mystery in Vocal Awareness, is a metaphor for who we are.

It is only fitting after the discussion above to review the cornerstone of transformation in Vocal Awareness: Ritual 7.

One of the challenges of Vocal Awareness is that we think we understand. One of the joys of this Work is the myriad discoveries that come moment-to-moment, day-by-day throughout our lifetime as we practice. I often say: The journey in Vocal Awareness is never outward toward achievement or accomplishment of our goals – that’s the by-product. Rather, the Journey is always and only inward toward discovery of the Deeper Self.

Ritual 7: “Be My Self” is not just the culmination of the 7 Rituals but, rather, another form of beginning, for now you have created the opportunity to live into the wholeness of who you truly are.

Now you have begun to be aware of the structure of this Work, the principles, the responsibility, the discipline required and, also, now your understanding of Vocal Awareness is paradoxically more complete and less complicated, yet no less complex.

It can always joyful – for the whole purpose of this Work is to live in the joy, to honor your Sovereignty, to fulfill the possibility of being who you are – claiming it, embodying it everywhere at all times. Please understand that integrity and integration have the same root source. They mean wholeness and this is what Vocal Awareness teaches.

This month in our VIP Club, 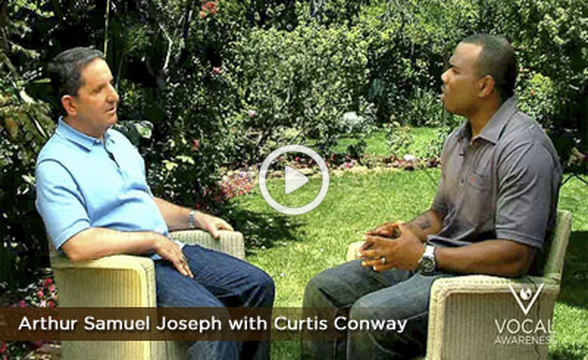 In conversation with Arthur, Curtis Conway, broadcaster and former NFL star, shares the significant contribution Vocal Awareness has made in his life. Curtis reveals that Vocal Awareness hasn’t “changed him,” instead it’s brought out the quality of man that he knows himself to be.

Ritual 7: “Be My Self” frees us to claim our greatness while simultaneously enabling us to surrender and serve the Work. As Arthur says, the same Curtis is learning to consciously show up everywhere.

Not a member? Join our Voice Is Power (VIP) Club today.